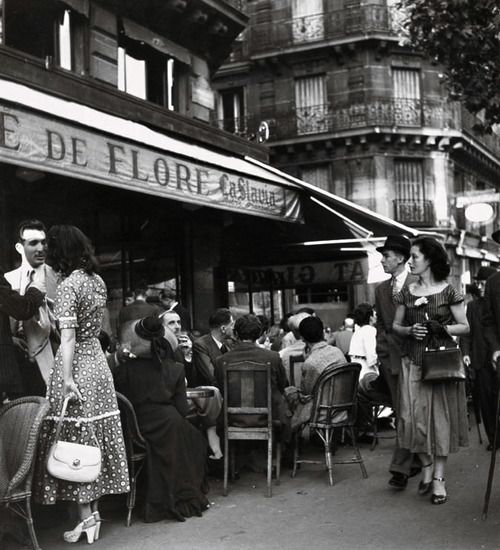 It is well known by now that there was a concerted effort on the part of some German Bishops, led by Cardinal Walter Kasper, to engage the 2014 Synod and interject a liberal agenda into the 2015 Synod in an attempt to sway the Church into adopting a pastoral approach to Catholics divorced and civilly remarried, allowing them to receive Communion; and to assimilate those living a homosexual lifestyle into the norms of parish community, including allowing them to receive Communion. Once realized, it was effectively too late to prevent significant liberal content being inserted into the texts and reports produced by the 2014 Synod; including the Instrumentum Laboris for the 2015 Synod. The good news is that the bishops loyal to the Magisterium and the teachings of Jesus Christ are taking guardianship of the 2015 Synod and are working through the Instrumentum Laboris, even with its flaws, with the broader view of pastoral care and vocation of families.

I thought that it might be of interest to the readers to get a little more background on the movement that is trying to disrupt the will of God and the proceedings of the 2015 Synod. Of particular interest is to go beyond the surface of liberal vs. non-liberal sidings and look at the philosophical basis from which the liberal viewpoint makes its stand. After the 2014 Synod, in May 2015, the group of German bishops along with the President of the German Episcopal Conference, Cardinal Reinhard Marx, and some likeminded French bishops and scholars, scheduled a private “study group” to meet at the Pontifical Gregorian University in Rome. The meeting was held May 25th and simply listed as a preparatory meeting for the 2015 Synod. “Simply listed” refers to its quietly acquiring access to a conference room at the university; it was not publicly announced and it was closed to journalists except for a few, carefully chosen by the group. Once the Catholic media became aware of the meeting and its secretive nature, it was quickly coined as “The Shadow Council,” an intentional reference to the liberal movement during and after the Second Vatican Council known as the “Pseudo Council,” because they claimed to promote “what the Council intended” under the banner of “the spirit of the Council,” rather than what the Council actually promulgated in the sixteen historical documents.
Now as interesting as that might be, we revert back to May 2015; and although the insider journalists were reticent in their reporting, or at least delayed, some texts from the “Shadow Council” proceedings emerged on June 17th. The central lecture at the meeting was given by a French moral theologian, Fr. Alain Thomasset, S.J. Prior to the forming and meeting of the “Shadow Council,” the rhetoric of this movement was promoting a “theology of love,” as an alternative to St. John Paul II’s Theology of the Body, which, over the past 40 years has opened vast understanding of human sexuality and its place in the Church’s teachings. A “theology of love” would be a theology based on who-loves-who, rather than on the complementarity of man and woman, for not only companionship and mutual love, but for the procreation and raising of children. A “theology of love” opens the acceptability to all and any form of sexual relation.

Following on this trend towards a broader “theology” of human sexuality, Fr. Thomasset, at the May 25th meeting, presented a paper entitled Taking into consideration the history and biographical developments of the moral life and pastoral care of the family.[i] In this paper Fr. Thomasset proposed a Narrative Theology, more formal and beyond the mere concepts of a “theology of love.” A Narrative Theology would be based on the narrative of a person’s life; his experiences, the culture he was brought up in, and the experience of who he is, would have to be taken into consideration in regards any judgment or perspective of his actions or lifestyle. In other words, any act or activity would have to be considered in the context of the individual lived experience. This theology would preclude any act as being designated as intrinsically immoral.

Now to understand what is being proposed here, we need to briefly compare it to traditional moral theology, particularly, traditional Catholic moral theology. According to what is evident in the inner thoughts of every human being (i.e. conscience) there are things we ought to do and things we ought not to do. This is obviously an oversimplification, but what it means is that particular human acts are immoral in themselves, objectively. Meaning that regardless of circumstances, the act is immoral. Killing an innocent human being, for instance, is an immoral act that cannot be justified. Killing in self-defense, on the other hand, is not the same act because the person was not innocent because of their overt thread to me or those around me. The external structure which supports our internal conscience is the Ten Commandments. Yet, just because they are given in a religious context does not make them applicable to religious persons only. The Ten Commandments simply externalize (by God) what is already in the human heart.

Human acts are complex but can be analyzed on the framework of the the Ten Commandments as moral law, at least as a starting point. Traditional Catholic moral theology however, has developed beyond a “rule book” mentality. Circumstances and and situations are taken into account, but not in regards to the act itself, rather in regards to the culpability and severity of the act and its results and consequences. A simple example would be that stealing $10 from Bill Gates is less severe than stealing $10 from “a-little-old-lady” or anyone living in poverty. The act of stealing, in itself, however, is always immoral. You can already think of a series of “yeah, but . . .” or “what if . . .”, but the nature of the act does not change and it applies to every human being. This is referred to as the nature of the act being objective; rather than subjective or relative to person or circumstances. Objective moral theology, as you can see, stands in direct contrast (or vice-versa) to  any form of Narrative (moral) Theology.

If you allow me a brief excursive I promise it will lead us back to this point in my discourse. Beginning in the 17th century philosophers began looking inward, to the self, as the center of reality. Rene Descartes’ famous assertion “I think, therefore I am,” began this trend. Over the next three centuries modern philosophy developed various forms of thought on this subjective view. Everything in reality is in relation to the self, everything is in relation to “me.” If we fast forward 250 years we would find ourselves at a sidewalk café in Paris on the Left Bank of the Seine, in the intellectual milieu of the 1950’s. Sitting at the table next to us might be Jean-Paul Sartre and a group of friends and colleagues discussing the overbearing political and philosophical structures that suppress individual freedom. A new philosophy, indeed, was being developed. A philosophy based on the individual existence of the person, this person, “me.”
From these intellectual discussions in the Parisian cafes, Jean-Paul Sartre, and other intellectuals around him, developed a formal philosophy forever known as Existentialism. With no room or time to go into its complexities, let me make two points. First, although Jean-Paul and company, expressed the new philosophy in art and literature, (think Picasso, Kafka and Sarte himself wrote novels depicting the existential conundrum) Existentialism was not merely an artistic movement; it is a philosophy in the strict sense of the word. My second point is to list the five points of the Existential Manifesto.

1. Existence precedes essence (That you are comes before what you are)
2. Time is of the essence (this means that over time and in time you become who you are)
3. Humanism (not in the social justice sense, but in the subjective “this human” significance)
4. Freedom/Responsibility (the individual is free, but self-reflective of his actions)
5. Ethical considerations are paramount (one must be moral, but morality is subjective)

If we fast forward again to May 25, 2015, we find ourselves in a conference room at the Pontifical Gregorian University in Rome. The “Shadow Council” has convened and its keynote speaker, one Fr. Alain Thomasset, S.J., is unveiling a “new” theology that he has coined Narrative Theology. The central theme of which is described by Fr. Thomasset in the course of his presentation. “The interpretation of the doctrine of acts known as ‘intrinsically evil’,” Fr. Thomasset proposes, “is seemingly one of the principal fonts of the difficulty currently encountered in the pastoral care of families, as it determines to a large extent the condemnation of artificial contraception, of sexual acts by the divorced and remarried and by homosexual couples, even when they are stable.” This understanding of some acts as intrinsically evil, he says, “seems incomprehensible to many and seems pastorally counterproductive.” He adds that while it “justly insists on points of reference as the targets of the moral life, it neglects precisely the biographical dimension of existence and the specific conditions of each personal journey.”

Rather than considering the human act and its intrinsic moral status, Narrative Theology insists that first consideration must be given to “the biographical dimension of existence [of the person acting] and the specific conditions of [that person’s] personal journey.” In short the narrative of the person’s life determines the moral status of his act. This is the manifesto of Narrative Theology. In other words what or who the person has become in the course of his life determines the morality of his acts. I can only say this so many different ways before I say that “this is existentialism” straight off the pages of Jean-Paul Sartre’s manifesto! It is a becoming of one’s own choosing, and therefore acting according to what one has become! The “Shadow Council” is taking this manifesto of subjective narrative and applying it to the acts of “artificial contraception, of sexual acts by the divorced and remarried and by homosexual couples, even when they are stable.”

Narrative Theology, my friends, is nothing new. It started at a sidewalk café in Paris in 1950 over a cup of coffee and a cigarette.

[i] More details on the “Shadow Council” meeting and the ideas presented and discussed can be found in these two articles: